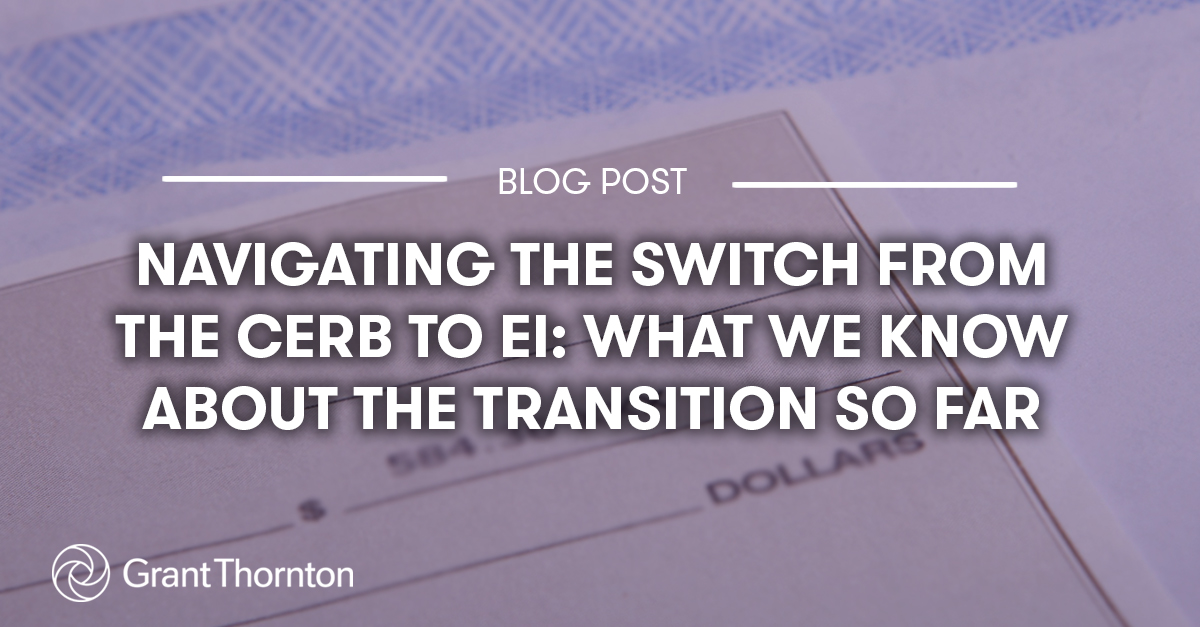 Many Canadians have been relying on the Canada Emergency Response Benefit (CERB) as their main source of income during the pandemic. However, the government has announced that it is ending the CERB and is moving to a new Employment Insurance (EI) program. If you have been relying on the CERB, you may be wondering what this change means for you. To help answer some of the questions you may have, we’ve composed an FAQ regarding what we know about the transition so far.

Q: Who is eligible for post-CERB EI benefits?

A: The specifics on who will be eligible for the new EI benefits is still unknown. As the CERB payments begin to wrap up, more information should come to light on the post-CERB EI program.

Under CERB, the pool of people eligible to receive benefits was significant. To qualify, you only needed to have an income of $5,000 in the last year, and your income had to have been impacted by COVID-19. This applied to both employees and self-employed individuals.

To receive EI benefits, the system is usually much more restrictive. In order to qualify, you need to have worked a set number of weeks based on your region. In the past, this number varied from 14 to 22 weeks depending on where you live.

Also, EI benefits are generally only available to employees. Most self-employed individuals do not qualify for EI. The government has indicated that in addition to giving EI benefits to employees, it will extend “EI-like benefits” to those that don’t qualify for the traditional EI benefits. Unfortunately, no further information has been provided to date.

Q: How much will the new benefit be?

A: The government has not announced how it will change the calculation for new EI benefits, if at all.

Normally, EI benefits are based on the amount of your regular income. It is 55% of your average income, calculated on a total of EI insurable earnings of $54,200. Doing the math, this means that the maximum that you will receive under EI is $573 weekly minus federal and provincial taxes.

Those who qualified for the CERB were eligible to receive a monthly payment of $2,000. However, the CERB is taxable income and it is highly recommended that you plan for these taxes by setting money aside. As a result, the actual amount of money that belongs to you will be significantly less.

Q: How long will the benefits last?

A: The government has not announced how it will change the calculation for new EI benefits, if at all. It is generally assumed that people will receive less under EI, once CERB has ended.

Currently, the duration of EI benefits varies greatly, between 14-45 weeks. This number depends on the number of EI insurance hours that you have collected, and the unemployment rate in your region.

The CERB originally had a maximum duration of 16 weeks. As the pandemic continued, the government decided to extend the duration a second time to 28 weeks.

Q: What taxes will I have to pay?

A: Unlike the CERB, EI benefits are taxed at source. The government withholds taxes for you, much like your employer would. The amount deducted isn’t always exact and many people find that the government doesn’t always withhold enough taxes, however, the amount that you owe, if any, will be less than from the CERB.

To date, the government has indicated a general willingness to support Canadians using the EI system, as opposed to the CERB. While there are many crucial details that haven’t yet been revealed, we will continue to update this blog as more information becomes available.

NOTE: As previously mentioned, CERB benefits are not taxed at source. This means that come tax time next year, you will be responsible for paying taxes on any CERB funds you acquired. While it is recommended to set money aside now for those future taxes, many people who received CERB benefits were not in a position to withhold those funds as they were needed for living expenses. These means you will have to save the required funds between now and next years filing date. It is estimated that income earned from the CERB will be taxed anywhere between 15% to 25% depending on your province. 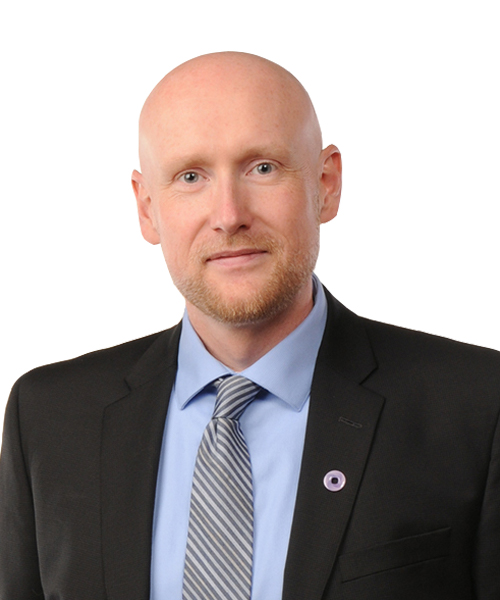 As a Licensed Insolvency Trustee (LIT) with Grant Thornton Limited, I help both English and French speaking individuals and entrepreneurs get a financial fresh start.

Prior to joining Grant Thornton in 2009, I practiced at a regional law firm in Saint John, New Brunswick, where I helped individuals, companies, lenders and the government address insolvency and other accounting-related matters.

I am a proud alumnus of the University of New Brunswick, where I received a Bachelor of Arts and a law degree. I also hold the Chartered Insolvency and Restructuring Professional (CIRP) designation, which I acquired in 2009, and achieved my Licensed Insolvency Trustee certification in 2013.

When I’m not working, my time is spent trying to keep up with my toddler-aged son and enjoying outdoor activities like canoeing, shooting clay pigeons and running.

I look forward to doing whatever is necessary to help you.

You are using an outdated browser. Things may not appear as intended. We recommend updating your browser to the latest version.

COVID-19 Update: Our team is working remotely and available to assist you via phone, email and video. Learn more. Dismiss