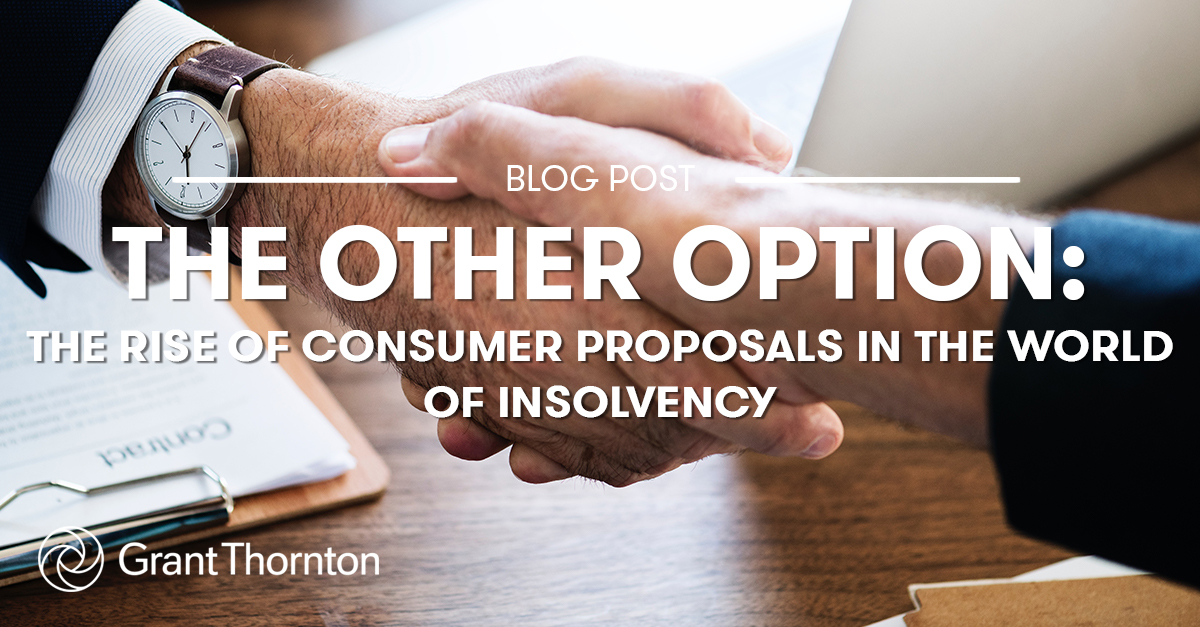 According to the Office of the Superintendent of Bankruptcy (OSB), 122,198 Canadians filed an insolvency proceeding in 2017 – however 53% were able to avoid bankruptcy.  These individuals chose to file a Consumer Proposal instead of bankruptcy to resolve their financial difficulties.  Monthly OSB statistics also reflect a growing trend of Consumer Proposal filings in many regions across Canada.

WHY IS THIS HAPPENING?

WHAT IS A CONSUMER PROPOSAL?

Simply put, a Consumer Proposal is an offer to pay your creditors a percentage of what you owe them. A Consumer Proposal allows for the consolidation of debt—often at a reduction of the total amount owing—under a single manageable payment up to 60 months. The payments must be affordable, fitting within your monthly budget, and realistic to personal circumstances.  For example, if you plan on retiring in less than 2 years, offering a proposal over 60 months would not make sense.

YOUR CREDITORS HAVE A SAY

A Consumer Proposal is a creditor driven process in that your creditors will vote on whether to “accept” or “reject” your offer. This is determined 45 days after filing the proposal.  Acceptance of your offer will be legally binding and, upon completing the terms of your proposal, creditors agree to write off the remaining balance that you owe.  For example, if creditors accept your offer to pay back 40% of your debt over 5 years, they will write-off the remaining 60% once you complete the terms of your proposal and requirements in the process.

The motivation for creditors to accept your offer is that they are receiving a higher return over what they would get if you go bankrupt.

WHY ARE CONSUMER PROPOSALS THE MORE ATTRACTIVE OPTION?

Bottom line – the offer to repay a percentage of your debt over five years or less must be realistic, monetarily and circumstantially, based on your financial situation. A consumer proposal might not be the right option for everyone, but it is important to explore before deciding on bankruptcy. Talk to a Licensed Insolvency Trustee to see if a Consumer Proposals is the right option for you and your debt. 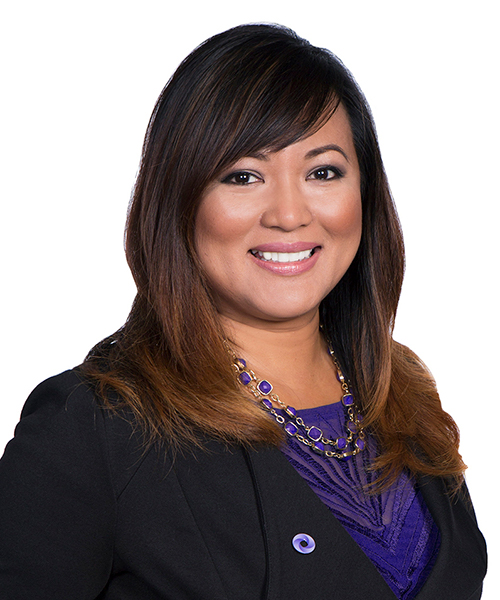 As a Vice President and Principal with Grant Thornton Limited, I help Albertans resolve their financial difficulties. With over 20 years of experience in both consumer and corporate insolvency, as well as restructuring engagements, my specialties include bankruptcies, legislated proposals, receiverships and liquidations. My real focus, however, is consumer insolvency—an area I’ve been dedicated to for the past 16 years.

On a more personal note, I am very passionate about bringing awareness to the importance of financial literacy. For the past two years, I have contributed as a monthly commentator on Global Edmonton’s Morning News segment “Money Smarts”. I also had an op-ed piece on “The Culture of Credit” published in the Globe and Mail, and I frequently share my expertise on current debt and financial topics on various TV and radio shows and through public speaking engagements.

“…I also at this time would like to say “Thank You So Much Freida” for all of your guidance, your professionalism, your understanding, and your advice through-out this process. It has been a real challenge and yet as I close this chapter of my life it has also been a tremendously positive learning experience and I promise to never get into financial trouble again.” – William, Nisku, AB

You are using an outdated browser. Things may not appear as intended. We recommend updating your browser to the latest version.